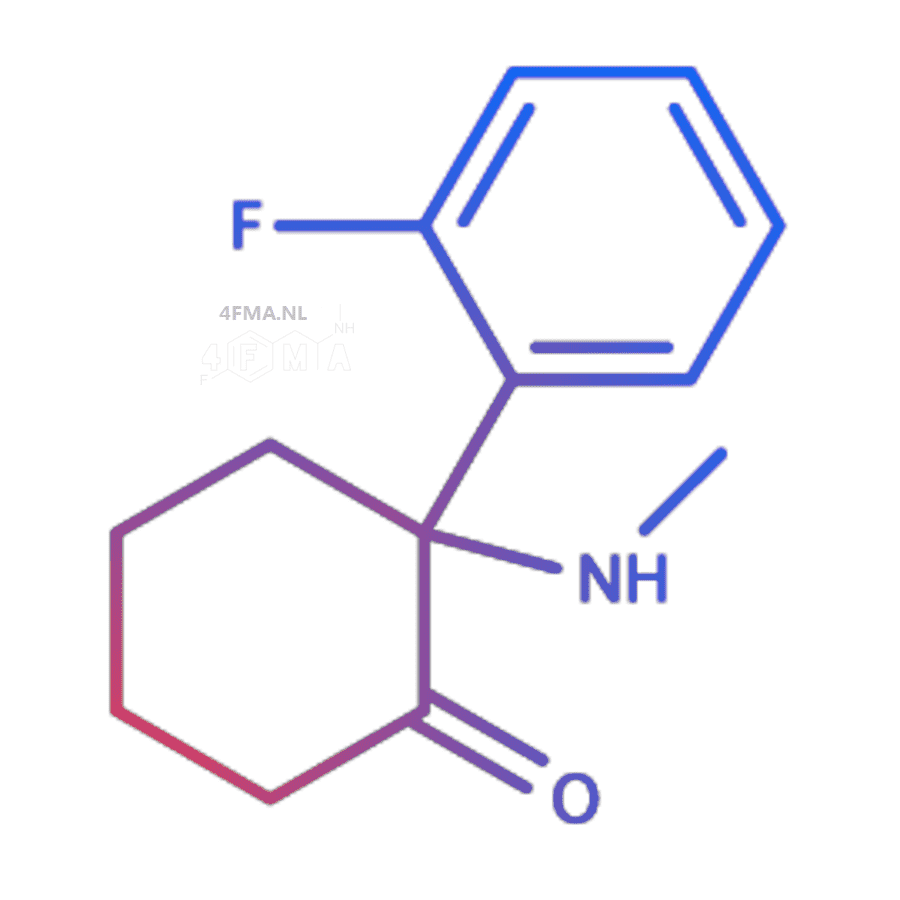 2-FDCK Information Guide, (also known as 2-Fluorodeschloroketamine) is a dissociative substance of the arylcycohexylamine class. Other drugs in this class include PCP and ketamine, although 2-FDCK is more closely related to ketamine and is reported to have many similar effects. Created originally as a legal replacement for ketamine sometime around 2014, 2-FDCK first began being sold primarily through the online chemical research market in 2017 (1). Despite there being very few formal studies or clinical trials researching 2-FDCK, there are countless first-hand reports from members of the community we can draw upon to surmise what one should (and should not) expect from it.

2-Fluorodeschloroketamine, or 2-(2-Fluorophenyl)-2-methylamino-cyclohexanone, is class as an arylcyclohexylamine drug. Arylcyclohexylamines drugs are named for their structures which include a cyclohexane ring bound to an aromatic ring along with an amine group. 2-FDCK contains a phenyl ring bonded to a cyclohexane ring substituted with a ketone group (cyclohexanone). An amino methyl chain (-N-CH3) is bound to the adjacent alpha carbon (R2) of the cyclohexanone ring. Additionally, the phenyl ring is substitute at R2 with a fluorine group.

2-Fluorodescholoroketamine is a chiral molecule and is often produce as a racemate. Des- is a prefix use in chemistry to denote the absence of a functional group (in this case “chloro”) hence 2-FDCK is name for containing a fluorine substitution at its phenyl ring rather than the chlorine which is in ketamine.

How does 2-FDCK work?

To get an understanding of the effects of 2-FDCK, it’s useful to dive into its chemical structure and see how it actually affects the brain.

2-FDCK’s full chemical name is 2-(2-Fluorophenyl)-2-methylamino-cyclohexanone. Like all substances in its class (arylcycohexylamines), 2-FDCK has a cyclohexane ring bound to an aromatic ring along with an amine group. It also contains a phenyl ring bonded to its cyclohexane ring. (4) The only thing differentiating it from ketamine is that 2-FDCK contains a fluorine atom attached to the phenyl group, whereas ketamine contains a chlorine atom.

Some people find 2-FDCK to be almost indistinguishable from ketamine, whereas others find that there are noticeable differences between the two. Here is a list of some of the most commonly reports effects of 2-FDCK:

Generally, In terms of its long-term health effects when used repeatedly and with excess for extended periods of time, 2-Fluorodeschloroketamine seems to exhibit almost identical bladder and urinary tract problems to those found within ketamine but to a lesser extent. This is because 2-Fluorodeschloroketamine is a little more potent than ketamine, meaning that less of the drug needs to be consume. Symptoms ofketamine-induced cystitis can become extremely serious and include: